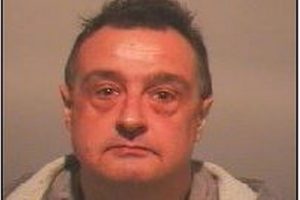 Alan Paterson, of Washington, who worked for Mazda at the Metro Centre, downloaded indecent images from a social media app

A court heard the social media app reported to police that the images had been downloaded at Paterson’s address and he was arrested.

On his hard drive were 195 indecent images of children aged between seven and 14.

Sentencing him at Newcastle Crown Court, Recorder Jo Kidd said: “It’s clear you have insight about your offending and the significant harm that is occasioned to children, generally, in relation to the making of the initial images and the wider reaching effects on children generally.”

The court heard police went to Paterson’s home in November last year with a warrant after a tip off from the social media app.

On a Hitachi hard drive in an Acer laptop, the 195 images were discovered – seven of the most serious, category A, 21 category B and 167 category C. He also had a small amount of extreme pornography featuring animals.

“The defendant was arrested and interviewed and admitted responsibility for downloading them.

“He denied deliberately logging in to the app to access them.

“Users went in the chat room and the images would be there.”

He was sentenced to four months suspended for 12 months with supervision.

He must also sign the sex offenders register and was made subject to a sexual harm prevention order for seven years.

David Comb, defending, said: “He spends his 50th birthday today in the dock of this court.

“He is a time served mechanic and worked for Mazda at the Metro Centre as an MOT tester.

“He was so ashamed of the situation he informed his employers the day after he was interviewed and handed in his resignation.

“He was a manager and now gets universal credit of less than £200 a month.

“He lives by himself and is quite a lonely man.

“He has sought counselling.”

Paedophile tried to set himself on fire as he faced jail for raping girl, 11.